Today is the birthday of my little sister, Rachel. She is a quarter of a century old. And cute.

And by now, you know the drill. She’s family, it’s a birthday, I like lists. Here is a list, filled with some of the things I like about her.

1. She knows what I’ll say before I say it and is one of the few people who knows what I’m thinking just from a look.
2. She started a blog!
3. She takes my advice on television shows she should watch, which makes me feel important.
4. She was my first roommate.
5. She is letting me take engagement pictures of her and Chuckie and I did their Save-the-Dates.
6. She’s really good at crafts but not so good it’s annoying, so she’ll come with me to do things like paint.
7. She’s moving to Boston for a couple years (which is simultaneously happy and sad, because I’ll miss her a lot, but it’s an amazing opportunity for her and Swarles) and she said I can come visit!
8. She put me in charge of the playlist for the wedding day preparation, because she respects my DJ abilities.
9. She is already committed to a Justin Timberlake concert with me wherever we can if he ever goes back on tour.
10. We don’t hold hands as much as me and Sami or me and Chuckie do, but that’s OK.

Editor’s note: My sister and I owned the same kind of car for a long time. We each had a Ford Focus – mine tan and hers gray – that we nicknamed Mary-Kate and Ashley, because, as children of the 90s, those were the most popular twins we could think of to name our cars after.

I sold mine a year ago – read about that saga here. And just this past week, my sister sold hers.

She doesn’t have a blog and expressed her concern that she wouldn’t get to give it a proper Internet goodbye. Add to that the fact that I’ve told her I want her to guest blog for a while now, and you have this: Rachel’s farewell to her little Focus, twin to mine and a little silver car full of memories. Enjoy.

I’ve been saying I want to sell my Focus (aka Mary Kate) and get a new car for several months now.

Last Monday while driving home from work, I decided I was going to make a move and ultimately force myself to actually go through with it. Well, one Craigslist post, 19 hours , 6 phone calls and 25 emails later, a man drove to my work to look the car over and decide if he wanted it. I asked our security guys to watch out the window while I met with this guy just in case he was actually the next Craigslist killer, coming to kidnap me and turn me and make me his next victim.

Or as Laura put it, I’d be inspiration for the next Lifetime movie. However, the man showed up with his 17-year-old daughter (who the car is for) with seemingly no intentions to kidnap or kill me. Score!

While I stood there watching the two of them push every button in the car and test the sun roof three times, I suddenly felt like I was making a mistake. But it was too late. Turns out they loved the car, duct-taped window and all, and wanted it immediately. I told them I couldn’t give it up until Friday because I had a few things to take care of first. Truth is, I just wasn’t ready to part with it so suddenly. And I would have needed a ride home from work.

The drive home that day was sad. I felt like I was betraying a friend. Getting rid of something that had been loyal to me and been a part of my life for so long. I started thinking of all the memories. So since I know Laura loves lists, and this is her blog, I made a list of some of the best memories.

• The first night I got the car – I picked Chuckie up and we drove to a friend’s house, where we piled seven people into the thing and I took them all for a spin. I felt so cool. Oh and don’t worry – this was before all the laws about how many people a teenage driver can have in their
car at one time. (Although I think seven in a five-person car would still have been illegal…)

• The day I accidentally locked our dog, Lucy, in the car when I was trying to take her along with me to run errands. Thank God for AAA.

•Two road trips to Florida, once with family and once with friends. Both verrrrry different trips but both fun nonetheless.

• Countless Sunday afternoons when I drove back to UK from a weekend at home down Versailles Road right at sunset, with the windows down and Maroon Five blaring.

• One time I took friends to dinner in Lexington and we had just one too many people to fit, so a friend rode in the trunk to keep us from having to take two cars. He was my one and only trunk passenger.

• Crying and cussing like a sailor after the ice storm when I desperately needed to go somewhere and spent almost two hours getting my car out of the two inches of ice and snow it was buried under.

•The day after I graduated from UK when I was finally able to put a UofL cardinals sticker on the window.

Maybe it’s weird to be so sentimental about a car, but the Focus is so much more than just a car. It was my FIRST car. And your first car is really a symbol for the new-found independence and responsibility you gain when you’re finally able to drive off on your own. And to a 16-year-old, your first car really just symbolizes freedom. I’ve joked before that the top three places I spend all my time are work, home and Havana Rumba. But really, my car should be right up there between home and Havana Rumba.

The good news is, I’m passing it on to a young 17-year-old girl like me, who will hopefully start the memory process all over again. I hope she crams 7 friends into it the first night she has it. I hope she takes it on road trips and uses the sun roof so much it breaks. I hope she sings her favorite songs at the
top of her lungs in it and maybe even has a life-changing talk in it someday. But mostly, I just hope she takes care of it. I know I’ll soon have a new car to make brand new memories in, but like a first love, a first car always holds a special place in your heart too.

Mary Kate, I’m going to miss you. Duct-taped window and all.

Today my first roommate, my former car-twin, the girl who once upon a time idolized me to the point where she’d say in her cute little voice, “I wiss my name was Lawa,” turns 24. 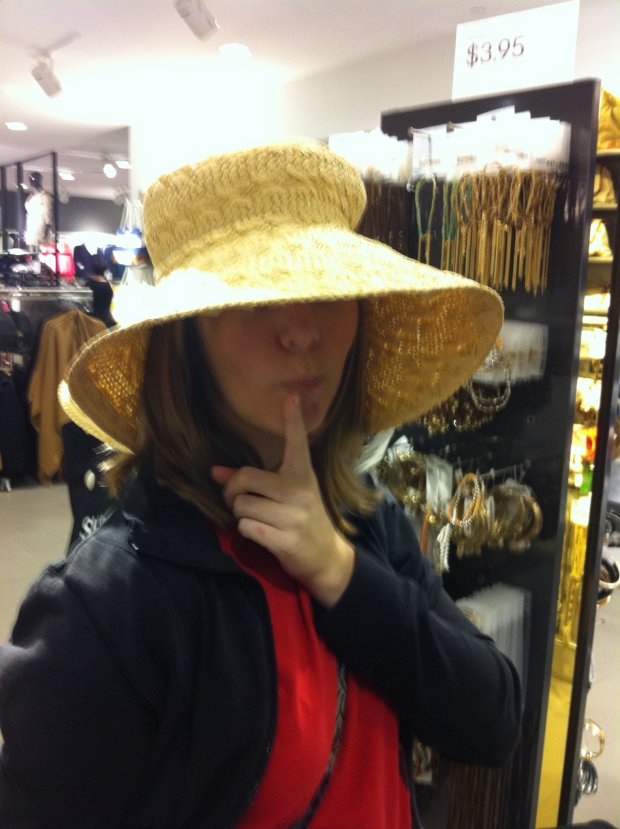 Happy birthday, little sister. I love you. And if you’re lucky, I may let you come over and watch me make peanut butter and jelly sandwiches. 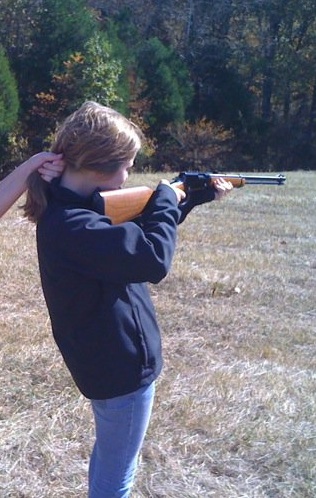 Don’t mess with her.

Happy birthday, little one. I love you. And also, I am a little bit scared of you.

This one is actually gonna be done on time, because, surprisingly enough, I am considerably un-busy this Monday night. In 2 hours and 1 minute (sooner when this actually posts) my other little sister turns 23. 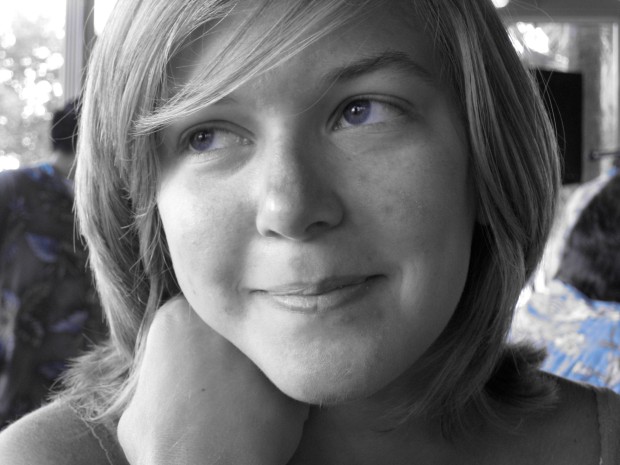 I am the oldest of three girls. Rachel is almost exactly three years younger than me, and as we’ve grown up, we’ve been pretty close. She was my first roommate, the first person I could boss around, and 85 percent of her trips to the emergency room growing up were my fault. Truth be told, sometimes I’m surprised she even talks to me.

We were roommates for a few years when we were younger, right after Sami was born. And when I was a senior in high school, she was a freshman. I remember lots of stops at the gas station on the way to school for Krispey Kremes and chocolate milk and keeping us awake on the drive to Eastern with 96.5 playing on the radio. I’m pretty sure I’m the reason she knows so many rap songs from the late 90s. In fact, I know those early morning rap concerts in my car are responsible for her knowing all the words to “Break Yo Neck” by Busta Rhymes.

Some of the most fun times I’ve had were in Lexington, visiting her and friends at UK. She’s the only one who’ll do the dance from Hitch with me at wedding receptions and bars and other places where there is dancing – you know, the one where they put their foreheads together and kind of run in place?

She makes me laugh – we have a similar sense of humor and usually think/say the same things when we’re making fun of someone or something. She organizes parties at my apartment and when we got the same kind of car when I was in college, we named them Mary Kate and Ashley. She’s also good at modeling – see below. 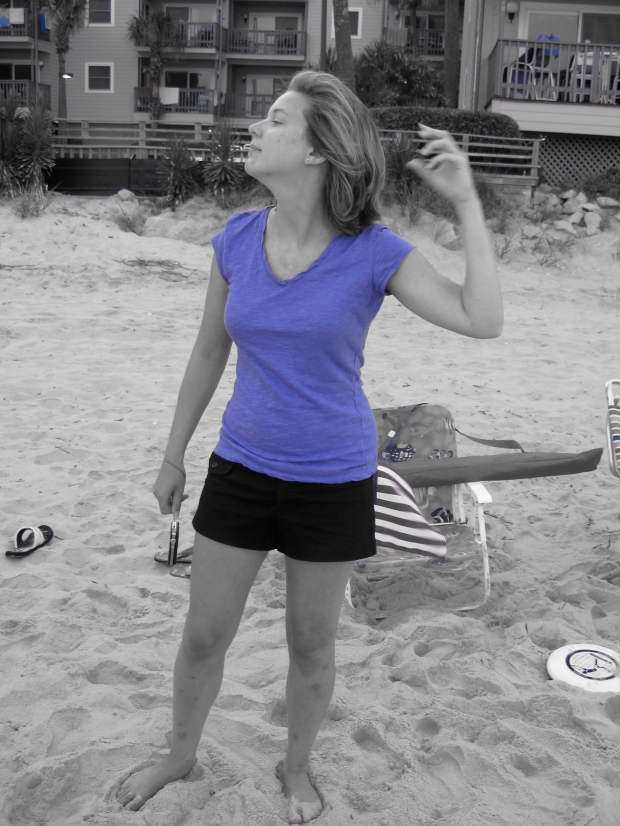 But seriously, she’s awesome. And I love her. And I’m really glad she lives in Louisville now so I can see her more often.

When she was a sophomore, my youngest sister joined choir at her school. So last year and this year, we’ve attended the chorus program’s madrigal dinner program. And I love it.

If you’ve never been, it’s like dinner theater. It’s got a storyline – usually a funny one and the singers perform a bunch of holiday music, in English and in Latin. The audience has a meal and during the meal, the singers come around and visit each table. Some try and entertain with juggling and stuff and there’s a wassail toast during the program as well.

My favorite is the Carol of the Bells, and there’s nothing like hearing a choir – especially a really good one, like my sister’s is – sing that song in person. It’s so awesome.

Follow @LoBoogie
Here you will see the spot where I ate it, hard, yesterday morning looking around at all the things like a tourist. The scab from the fall where I skinned the crap out of my knee may fade but the memory will last a lifetime. Oh also there’s the Washington Monument.
More like Baberham Lincoln, am I right? 🤓🧐 #touristing #washingtondc
In Jesus’ name amen. #pirate
Our boys are headed to State! Silver medalists in today’s regionals. So stinkin’ proud of them! #goroyals #soky
❤️ Happy Valentine’s Day, my loves! ❤️
Current mood.