…this little blog came about. Or something like that. Doesn’t four score mean 40 years? ‘Cause that’s not technically right. But it sounded good…

Anyway. Seven years ago – in 2009 – I started a blog. It was my third or fourth attempt at one – I had a blogspot in college, a blog on myspace and one for work. None stuck.

One would argue this didn’t either, completely, as it has been almost 7 months since I wrote a post.

So maybe 7 will be a lucky year in terms of blogging. Probably the year I get a book deal, right? Isn’t that how this blogging thing works?

I will say I’ve missed writing. A lot. So I promised myself to get back to it. And now’s a good a time as any, right?

I do have a couple favorite posts from the year to share, as per usual, and you should take a look at the very first birthday of the blog, awww.

Oh and like a ton of posts lined up and scheduled for the foreseeable future. Because I’m prepared like that. 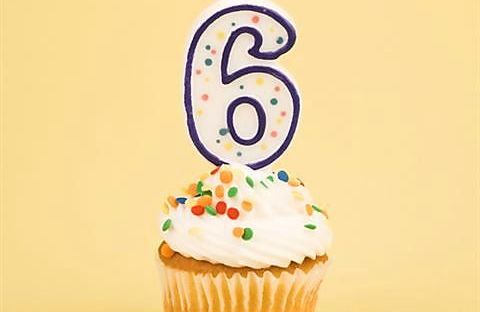 In an ideal world, one where I had loads of free time and keeping this blog up and running was my full-time (or at least part-time) job, I’d have posted a lot more this year. It wasn’t for lack of trying, or lack of things happening to write about. In fact it was the opposite. There was too much of that. And no taking advantage of what downtime I did have to get some stuff written and scheduled to post, because that’s a ton easier (behind the scenes of blog world, guys).

This past week, my lil’ blog baby turned six. SIX! Cannot believe it was that many years ago I decided to start writing on this thing with some sort of regularity.

I’m going to keep it up of course, because the eventual hope (don’t tell anyone) is that I someday write a book. And this is a good start for it, plus all the best bloggers end up with a book or two. So it’s bound to happen.

Usually I pick a bunch of my favorite posts from the past year. This year, because six years, I’m picking six.

In no particular order, and in honor of Throwback Thursday, too, here are my six favorites of the stuff I posted this year.

1. That time I wrote down everything my friends said while they watched Magic Mike (and they didn’t know I was doing it).

5. Lies my brain told me

On deck for lucky year 7? SO much, you guys, most of which is conveniently kicking off right around my birthday. I can’t wait to tell you about it, check back soon!

If my blog were a human, it would be a kindergartner.

Thanks for reading all/some of this time.

So I took a blog sabbatical. It was accidental at first, and then it became intentional.

I have been away from this blog for almost five months. And I’ve missed it, and been yelled at by a couple people for its neglect, but you guys, I needed that time.

I also wanted to wait until I had a big bunch of posts ready, too, because there’s been a few times when I’ve gone away and come back and promised to reward you with a lot of fun stuff to read for sticking around and then…nothing.

Rest assured this is not one of those times. I’m writing this with a BUNCH of other posts already written and ready to go, and scheduled to post in the next few days/weeks.

I’m not going to tell you ahead of time what they’re about, but remember how I said I needed this time off? It was to do a lot of the stuff you’re about to read about/see pictures of… which brings us to our next announcement.

You might have noticed things look a little different. I changed up the theme to reflect more of what I want this blog to be about – the pictures I have been having so much fun taking and that tell just as good of (if not much better) a story as I can writing about it.

I’ve missed writing – don’t get me wrong. There’s nothing I’d like more than to have the time to come home and work on all sorts of fun stuff and blog until my little heart is content. But I just couldn’t for a while. For all sorts of reasons.

Now, though, I am back. SWEAR.

For those who came back/never left – thanks. Please enjoy.

For those who yelled at me to post again – I’m not scared of you. But yeah..here ya go. Stop yelling.

To tide you over… here’s a little peek at some of the stuff you’ve missed, especially if you don’t follow me on all of the social medias (in which case, why the f not?).

The WordPress.com stats helper monkeys prepared a 2012 annual report for my blog.

I have more than 500 songs on my iPhone/iPod. I’m only embarrassed about like, two of them.

My eye has twitched about 500 times this week alone.

Somewhat related (on account of he’s in a movie called 500 Days of Summer), I also loved this:

At this point you are either so happy that I’ve just shared a glorious gif of Joseph Gordon-Levitt in this post, or are super confused as to why you’re here and if this all has a point.

Of course it does.

And probably only like 340 of them had a curse word.

So here you have it. Post #500. Landmark moment right here.

I sure do hope you’ll stick around for the next 500. You won’t be sorry. And I’ll try to curse more.

And whatever that reason is, I’m happy about it. I’m glad that you’re here. I want to hear more from you and do more stuff on here that you’ll find interesting so you’ll keep coming back.

I write this a lot for me, but I want it to be for others too. I want to share my stories, happy or sad, because it’s therapeutic. And it’s fun.

I have plans for this next year of blogging. And if there’s anything you want to see or see more of or want me to quit writing about altogether, lemme hear it.

And thanks for sticking with me! 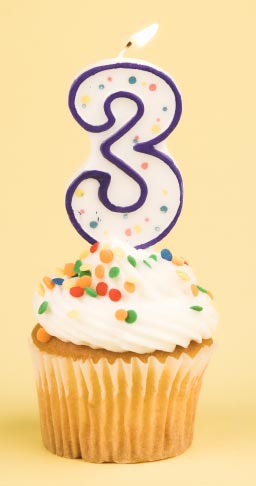 The closest I’ve ever had to a house fire, thankfully, was that time The Roommate burnt popcorn so badly the living room smelled like it for almost a week. And hopefully it’s something I never have to deal with. But one of the questions that provides an answer that tells you a lot about a person is “What would you grab if your house was on fire?”

There’s been a blog – and soon, a book – made out of that question, and it simultaneously serves to feed our nosiness and maybe make people think about what’s the most important stuff they have in their possession.

It’s called “The Burning House” and people send in submissions – photos – of neatly arranged items that they’d grab if they had to make a quick exit from their home, something that hopefully they’d never really have to experience.

There are a lot of electronics, photos and pets, of course. And while I’m not sure yet if I’ll submit it to the site, here’s my pile.

I gave myself only about a minute to think about it. In case you can’t see everything- it includes the following:
• Sixteen Candles DVD
• Johnny Cash Live at Folsom Prison record from my grandpa
• Laptop
• Camera
• Peanut, my stuffed elephant that I’ve had forever and has been with me on just about every trip I’ve ever been on…
• Pictures of me and my grandpa when I was little, he’s playing his harmonica in all of them
• Boston and Louisville hats
• The Wire Complete Series
• My four favorite books: “Water for Elephants,” “To Kill A Mockingbird,” “Me Talk Pretty One Day” and “The Help.”
• Little decorated box Alistair made me in England with British pounds in it
• Door sign thing that says “Shhh Laura is sleeping” that’s been on the door in my room (except for my rooms in college) since before I can remember.

What’s in your pile?

In honor of another year of blogging with double the amount of posts, comments and followers from the year before (really? What??!?) I have rounded up my personal favorites from what I’ve shared with you on this site. Some are one-hit wonders and others are part of a series. Because it’s too awesome not to, I’ve included all things Bourbon Boys, also known as that time when I drove my dad, uncles, and other awesome guys in my life on a tour of all the bourbon distilleries in the state (except one).

2. I wrote about when I got motivated.

5. Twice in one year I’m in a hospital because of an organ.

9. Wherein my love affair with PIMM’S begins. Oh and Ashley and I went to England for a week.

10. I shared with you the story of my depression and anxiety. And it made me feel so much better.

So if you haven’t already, please read and enjoy. Or re-read and re-enjoy. Or tell me in the comments if I left any off you liked.

And thanks so much for reading!! I don’t really know why you do, a lot of the time, but I sure am grateful for it!

This might be the most boring post I ever write. Except for maybe the first one I ever wrote on here three years ago. But please don’t stop reading yet.

Posting will be nonexistent until our regularly scheduled Friday fun, because, well, I’ve got shit to do. And these naps don’t take themselves.

I’ll so make up for it though, because in case you were unaware, a certain blog I know of is celebrating three years of existence next week… and for you, my friends, that means content galore!

Just a tease of what you’ll have to look forward to March 25-31:
– Live-blog of Hoarders returns
– I tell you what I was like at age 3 (with photos! possibly)
– The latest installment of texts that sound like my friends
– Smiley things round 2
– I tell you about that time I didn’t eat for 30 hours
– Live-blog/stream-of-consciousness as I watch Scarface in its entirety (no, I’ve never seen it all the way through before, I’ll pause while you react like I did when I found out several people in my life had not seen Shawshank until recently).

And loads more awesome stuff! So much so that I need to take this week off to prepare. I’ve gotta have time for the magic to work, people…

Follow @LoBoogie
Got that first W of the season last night! Watch out, the Royals are on 🔥! 🏀#goroyals #coachlaura #soky
Oh and if I accomplished nothing else this weekend, I at least created three new Dutch Blitz addicts. 😋❤️ #highschoolretreat #mccyouth
An extremely awesome small group. ❤️ #highschoolretreat #facetoface
Just three little kids doing some big important work. #innovate2020 #capturehighered #capturekicksass
Mood.
The gang’s all here! Galentines’ Lunch Date while @raretakis is in town for a minute. 😍😍😍😍 #bfsurvivorsclub