(My dad is confused already, I bet.)

One person I don’t follow, but debate doing so at least once a month is Kanye West. Why? Because he’s insane.

He tweets a lot so it can get kind of annoying (kind of like when I watch Hoarders and live-Tweet my reactions, amiright?) but the things he says are so off-the-wall most of the time, it’s almost worth it.

And people are doing all kinds of fun stuff with his crazy. 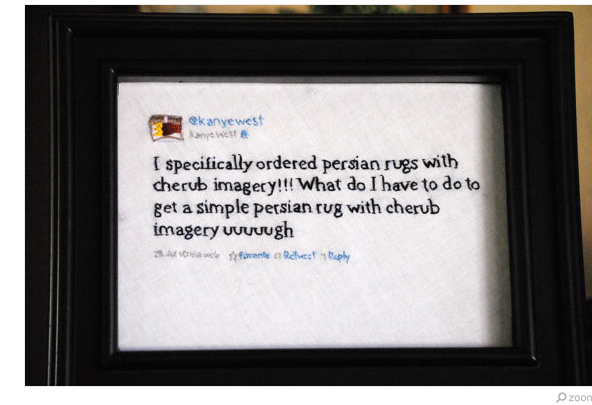 And then there is that video of Josh Groban singing them.

Well. The newest one I’ve found takes it to a whole other level. Someone has taken the words of wisdom from Mr. West and put them on screencaps of Saved By The Bell.

It’s called Kanye’d By The Bell and even though they don’t seem to be updating it anymore (or at least they haven’t since November), there are four pages of crazy goodness to enjoy.