So after I went to jolly ol’ England and took loads (that’s such a British word) of photos, I took a couple of them and blew ’em up.

Thanks to a well-timed Groupon and a week I didn’t have to buy groceries, I splurged on two canvas prints from a Web site. The pictures I chose for the canvas-izing – yeah I made that word up, so what – are my two favorites from the trip. And there’s a third in the running.

Only problem? Where to put them. You see, my room doesn’t really have any specific design aesthetic. It’s just kind of stuff I’ve collected and decided to hang on the wall. Case in point – there’s an old school Marlon Brando poster about eight feet away from a clock with the numbers from LOST. Both purchased for me by Rachel, in fact. Thanks, Rach!

I love all of it, though, and it will all probably look really cool one day in separate rooms. But for now, I want it all in this room.

And I’ve got this one blank wall to decorate. Therefore, I need some help.

Luckily for me – and you – I’m pretty good with InDesign. So I played around with a couple options.

First though, the space we’re working with:

Here’s my first idea – the two canvas prints I already have and a larger print in the middle. It’s a picture of the London tube system, which is really confusing when you’ve had no sleep for 24 hours but is on a map in a bunch of pretty colors with even cooler names for stops. Like Westferry, Wapping and Cockfosters. 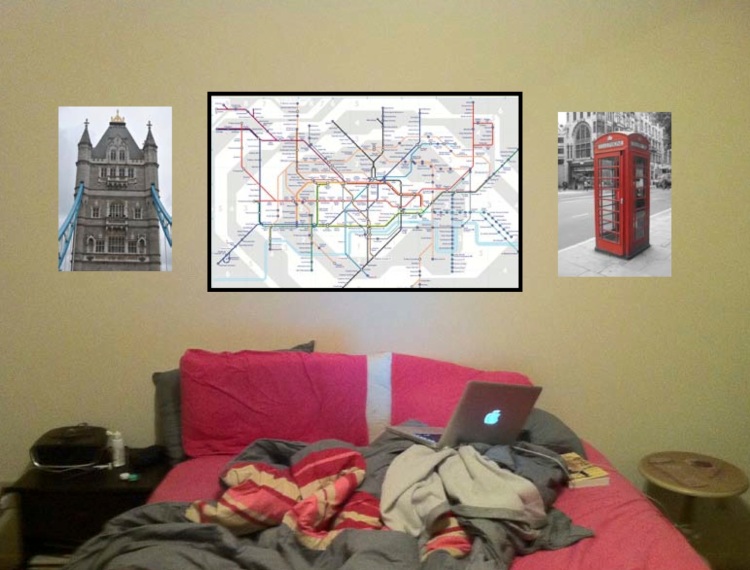 The second possibility includes that third canvas I was thinking about getting made. It’s of the London Eye, which we saw but didn’t get to ride. And I wasn’t too upset. On account of the height.

There’s another option with four prints, but it’s probably my least favorite. 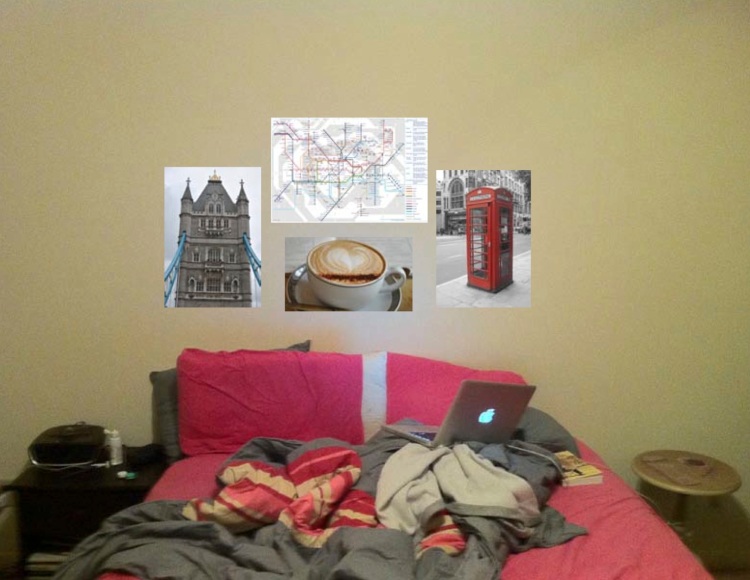 And if none of those work, there’s always this option:

The colors even match the wall. It’s like he’s supposed to be there.

7 thoughts on “Getting all crafty up in this piece”