By the last day I had decided a few things.

I’d decided that I 100 percent plan to make my next significant purchase a Nikon or Canon fancy camera.

I’d decided I want to live in London.

I’d decided I was no longer grossed out by eating either cucumbers or salmon. (But not together.)

I’d decided not to kidnap a British child – I really want one with that accent.

And I’d decided I could totally live in a city with public transportation like London’s and no car if possible. Cheaper and easier. And I can read on the way to and from work.

Our hosts had decided we were their favorite guests so far. Naturally. How can you look at these two ladies and not realize they’re a couple of good ones? 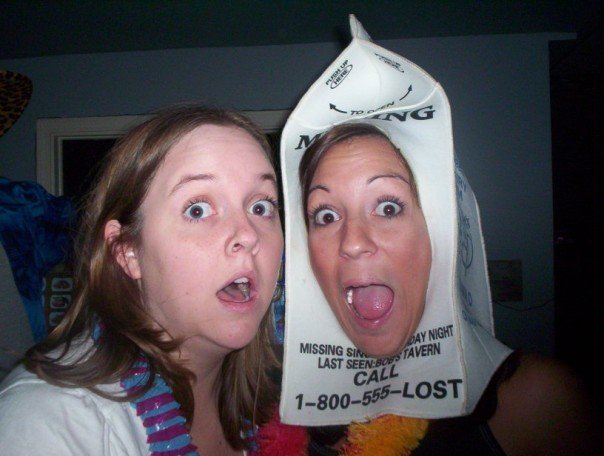 They’d also decided they didn’t want us to go home – at least that’s what Matthew said standing in his kitchen right after we’d lugged all our stuff down into the foyer.

We felt the same way. We could have stayed in for another month, which I’m sure our hosts would have loved.. ha.

But after our goodbyes and loading our stuff into the car that would take us to Heathrow (yay for not having to lug heavy suitcases up and down stairs while trying to make the train on time. Also, woo, fancy!) it was really over.

We had a long day ahead of plane riding, airport sitting and please God don’t let them show Jane Eyre again on the plane.

The first plane – that took us all the way from England to Hotlanta – had Ashley and I sitting across the aisle from each other. She was next to a normal lady (as far as I know, haven’t heard otherwise) and I, of course, was next to a lady I thought might get escorted off the plane before takeoff.

Yeah. She apparently didn’t have the proper documentation for her 1-year-old daughter and was yelling at the stewardesses and stewards (is that what you call the guy ones?) that it was ridiculous and if she had done something wrong how had they let her get this far?

Eventually all calmed down and she got to keep her seat and the seat in between us was occupied off and on by her 1-year-old, who was one of the cutest kids I have ever seen.

The same cannot be said for the children sitting behind me.

Now I love kids. I have a lot of patience with them, I think. But after the second hour of kicks to the back of my chair by the 3-year-old and the accompanying loud crying by his baby sister, I was kind of over it.

The baby next to me? An angel. I kept looking at her and thinking “God bless you for behaving.” Like, even when her mom got up to go to the bathroom and left her with me (I’m so trustworthy-looking) she was fine. Oh and we watched a little bit of Green Hornet together.

Thank God for headphones to drown out the baby behind me, because that’s what saved me. That and two blink-and-they-were-over naps. I watched three movies on the way home and once we started our descent into Atlanta, I thought we were in the clear – a couple hours of relaxing and reading in the Atlanta airport and then a quick flight (especially after the marathon we’d just been through) and home to sleep and sleep and sleep. And upload pictures.

Oh I wish that was true.

You see, the landing in the ATL was a bit rough. So much so, in fact, that the troublemaker lady next to me, got her tummy jostled and threw up. Yeah. In the aisle on the other side of her, luckily, but then, she elbowed me in the shoulder with chipmunk-like cheeks, looking for another barf bag.

Fun fact: Delta does not put puke bags in everyone’s seat pockets. Because I had to ask four people for one before I found one.

Yeah. All this time, her cute baby girl is crying because she has no idea what just happened to her mom, she just knows its not good. Oh and also it smells like VOMIT.

Another fun fact: When Rach and Swarles brought back Bertie Botts Every Flavor Beans from Harry Potter World earlier this year, several of us tried the vomit-flavored bean. Very and disgustingly realistic.

So. Baby Girl is crying, Mom looks like she could puke again at any second. Breathing out of my mouth, I offer to hold the little one while Momma gets cleaned up – because I’m nice like that and the kid didn’t have any puke on her, otherwise…

All this time, though, WE’RE STILL LANDING, and I’m thinking two things – thank God and all that is holy that this happened at landing and not takeoff and also remember to breathe through your mouth.

Someone was kind enough to throw a Delta-provided blanket over the mess, which saved some from seeing it, but yeah, still smelled like puke. And then I saw it had gotten on the lady’s leg across the aisle from her and I almost lost it myself.

Needless to say, we were as quick to get off the plane as we could possibly be. But not before we saw a baby with an apparently weak stomach (this is the same annoying baby that was behind me on the plane the whole time) throw up. On top of the blanket on top of the other vomit.

GET ME OUT OF HERE.

Then we get on the plane to go home. The last leg of this hellishly long and puke-filled day. Quick and painless, right?

HA. Would have been, had we not been seated to the back and left of the most annoying family ever. Seriously. Grandparents that talked like babies to their twin granddaughters who were 2 years old and had the highest pitched voices I have ever heard outside of someone inhaling helium. Not that bad if they were quiet, but yeah, pretty sure they talked/squeaked/yelled/screeched the entire ride home.

Add that to the fact that you’re not allowed to turn your iPods on until you’re at the right altitude and Ashley and I had both decided we never wanted to have kids. Not really, of course, but nothing screams birth control like, well, screaming kids.

Maybe we were pissed already because we didn’t want to come home yet.

Maybe we were pissed because we had to taxi all the way to the gate from the landing breathing in the smell of puke.

Maybe we were confused on what time it was.

But, we were home safely, with all our luggage and bedtime in sight. Hallelujah.

And thus ends the story of Laura and Ashley Go To England.

That sounds like a children’s book – someone get on that.