A week ago today I was recovering from my first trip to the lake in a longgggg time. And I’m pretty sure I’m still recovering.

What did I do, you ask? Ah, not much. Visited friends, rode around in a boat, went tubing, got one of the worst sunburns I’ve ever had, watched some fireworks, played some volleyball, oh and threw up in the lake while treading water.

Let me start from the beginning. One of my bfs, Erin, and her husband Nick live in Tennessee. So one of my other bfs, Ashley, and I went down early early early last Saturday morning to spend the holiday weekend with them.

Saturday we drove out to the lake and I, as usual, said “EFF the sunscreen. It’s cloudy.” Good idea, right? Yeah. I put some on my face and scalp because that usually gets burnt worst, and made sure I got my chest, back, arms and shoulders. Not the legs though, because, hello, they’d be in the water most of the day, why would I need sunscreen on them?

That’s the thing about sun though, it’ll get you. And that whole re-applying sunscreen thing, they’re serious about that. I am not. And it gets me every time. Case in point – a few hours in I was overheating. Didn’t know it at the time though. We’d just been tubing and I’d gotten seriously bounced around, not to mention before tubing, I’d downed about four beers in two hours. Great idea, no?

When we got back to “park” with everyone else I started feeling every little bit the boat moved. I took some Dramamine, my bfs gave me some grapes to eat and I realized I needed to get in the water because I needed everything to stop moving.

No sooner was I off the boat and surfacing from going under the water than I started to feel even worse. So there I was, treading water aaaaaand throwing up. That’s an interesting sensation, let me tell you. Oh and in addition to it being not too far from about 15 people I didn’t know, Nick saw the whole thing, so that was cool too. No playing it off for me, I had witnesses.

So I spent the next hour being pulled around the lake by Nick and Erin and Ashley in a raft and pouring water on my face which felt like it was on fire. I was overheated. It wasn’t ’cause I fell off a tube and almost got choked by a life jacket or because I had a beer about as big as my head. Later that afternoon though, after a BLT, some Sprite and cruising around a little more on the boat so I could get some air, I felt better. My friends and one of my other families (Erin’s mom and dad) took care of me, luckily.

Other than that, weekend was awesome. Watched some kick-ass fireworks and even got to see some grass catch on fire – I was hoping we’d get to see some hot firemen, but we didn’t, dang – and played some volleyball and ate ENTIRELY TOO MUCH.

Oh, and you may have wanted to hear about tubing. It was awesome. Other than the first time, when we were too far forward on the tube and ended up face first in the water and then completely in the water before the boat even really started moving. I got the hang of it after a while, even though I was fighting the life jacket the whole time. Because I am a girl – and a girl with curves (two specifically) – there were no life jackets that really did the job too well. So here I am, tubing for the first time, scared to death, swimmer’s ear already from falling off before it even STARTED, oh and there’s a life jacket basically around my neck. And did I mention the part about when one of my hands came loose from where I was holding on and for about .4 seconds I got all bull-rider on the thing and was only really staying on because I was holding on with one hand.

That all may not make it sound like it, but it was LOTS of fun. Wanna do it again ASAP.

All in all, pretty great way to spend the holiday. And even though I’ve lost an entire layer of skin on both shoulders and the tops of both my legs, it was totally worth it.

Want to see some pictures? I knew you would.

Me and my ladies. 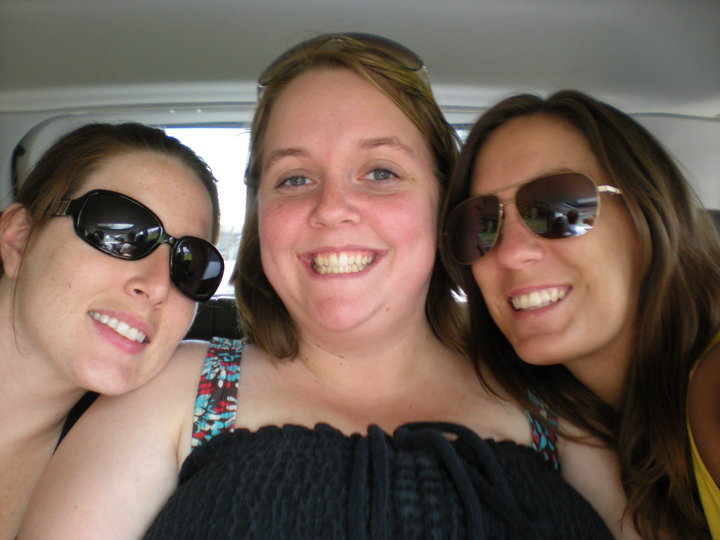 First attempt at tubing. Look at that form – and those blinding white legs. You can’t see my face on account of IT’S SUBMERGED IN WATER. Oh, and the boat had barely moved at this point. 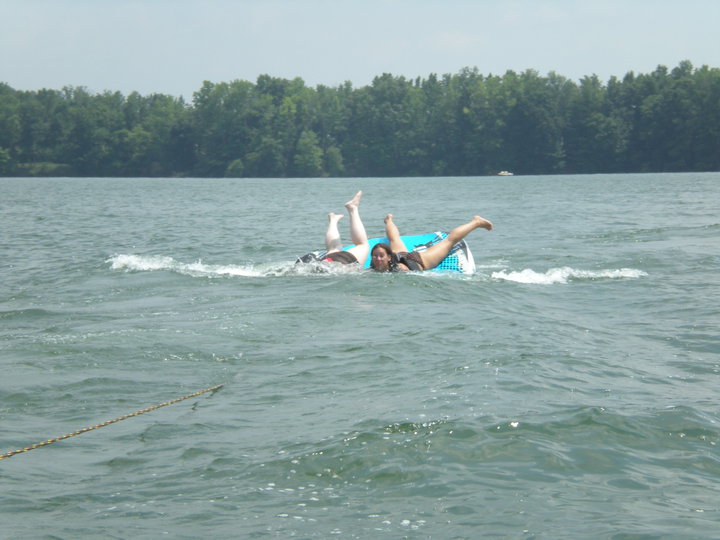 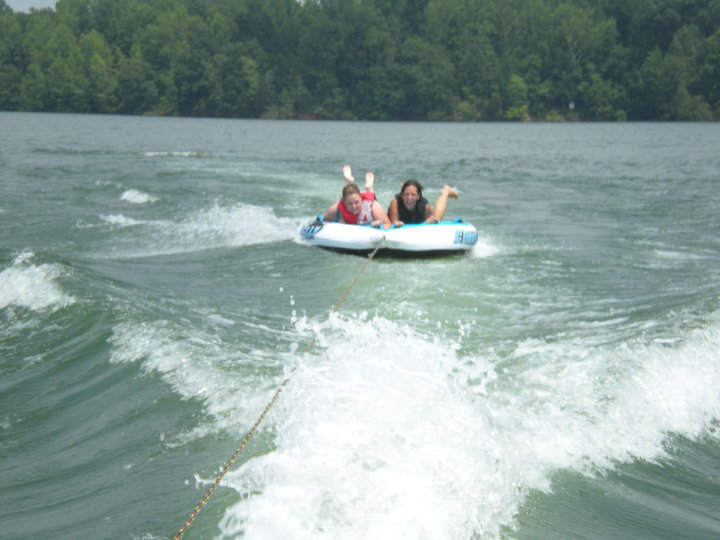 May or may not have gotten sick minutes before this photo. Who knows. 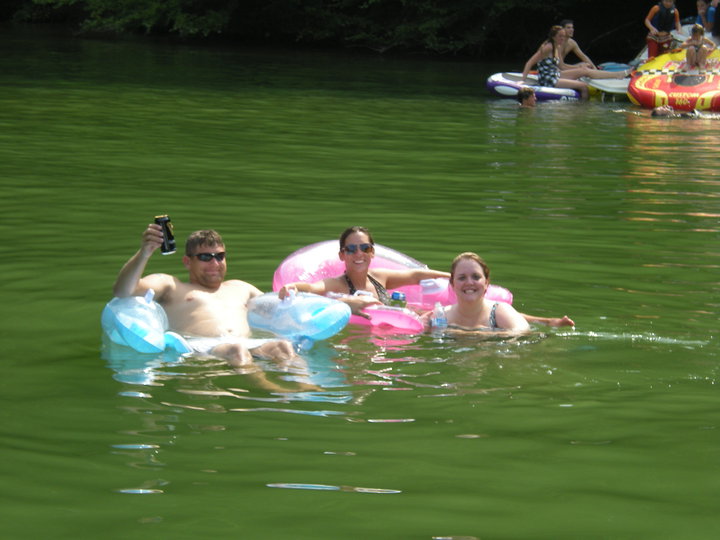 Happy, but sunburnt, and alive after tubing – even though I thought I might not be. 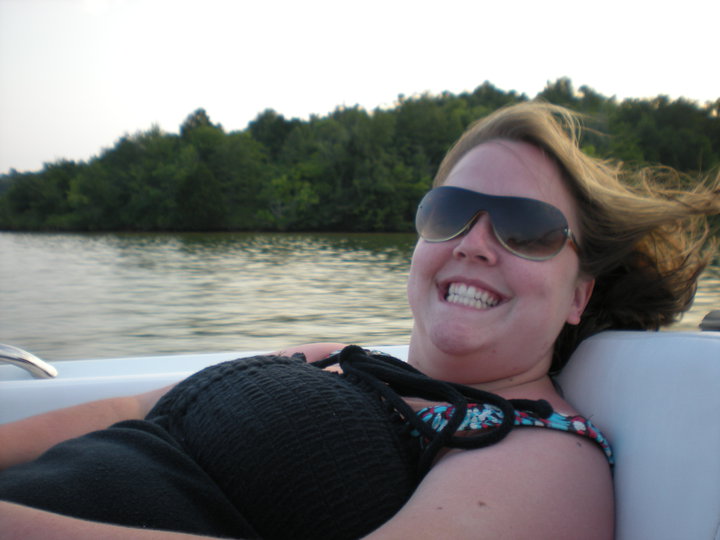