Dear Naveen,
I’ll admit, it took some time to warm up to you when I started watching LOST. Blame it on several teenage years spent watching “Party of Five” – Matthew Fox is hot, too. Then there was Sawyer, who they showed a lot of with his shirt off, and Charlie, who is always hilarious and who doesn’t like a guy with a good sense of humor?

But then, something changed. Maybe it was when I heard you speak in your real accent – which I’m a sucker for. Maybe it was when, on the show, you broke someone’s neck with just your legs and I realized how seriously bad-ass you are.

And I know that’s not how you are in real life, or maybe it is. And you like older women, which means I don’t have a chance because I’m a bit younger than you. But, I’m so happy you’re on this show, because even if it confuses me, sometimes I can just sit there and say “Sayid’s there, I’ll just look at him.”

I don’t know what I’m gonna do without getting to see you every week once this show ends in May – good thing I have the DVDs though, because, I’m sorry, The Brave One was horrible. 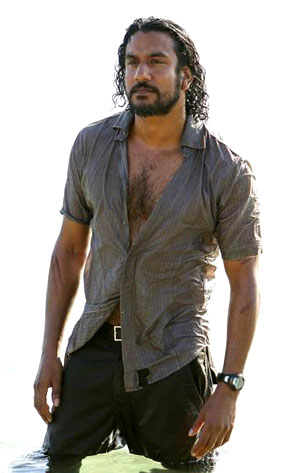